Back in 1999 a wonderful song was released that was a national hit. It discussed how to live a happier life and avoid common frustrations. It was called “Wear Sunscreen” and was voiced by Oscar® nominated film director Baz Luhrmann.

According to Wikipedia, “Advice, like youth, probably just wasted on the young“, commonly known by the title “Wear Sunscreen“, is an essay
written as a hypothetical commencement speech by columnist Mary Schmich, originally published in June 1997 in the Chicago Tribune.

The essay, giving various pieces of advice on how to live a happier life and avoid common frustrations, spread massively via viral email, is often erroneously described as a commencement speech given by author Kurt Vonnegut at MIT. You can watch the music video and read the lyrics below.

Ladies and Gentlemen of the class of ’99

If I could offer you only one tip for the future, sunscreen would be it.

The long term benefits of sunscreen have been proved by scientists whereas the rest of my advice has no basis more reliable than my own meandering experience…I will dispense this advice now.

But trust me, in 20 years you’ll look back at photos of yourself and recall in a way you can’t grasp now how much possibility lay before you and how fabulous you really looked….You’re not as fat as you imagine.

Don’t worry about the future; or worry, but know that worrying is as effective as trying to solve an algebra equation by chewing bubblegum.

The real troubles in your life are apt to be things that never crossed your worried mind; the kind that blindside you at 4pm on some idle Tuesday.

Remember the compliments you receive, forget the insults; if you succeed in doing this, tell me how. Keep your old love letters, throw away your old bank statements.

Get plenty of calcium.

Be kind to your knees, you’ll miss them when they’re gone.

Enjoy your body, use it every way you can…don’t be afraid of it, or what other people think of it, it’s the greatest instrument you’ll ever own.. Dance…even if you have nowhere to do it but in your own living room. Read the directions, even if you don’t follow them.

Do NOT read beauty magazines, they will only make you feel ugly.

Get to know your parents, you never know when they’ll be gone for good.

Be nice to your siblings; they are the best link to your past and the people most likely to stick with you in the future.

Understand that friends come and go,but for the precious few you should hold on.

Work hard to bridge the gaps in geography and lifestyle because the older you get, the more you need the people you knew when you were young.

Accept certain inalienable truths, prices will rise, politicians will philander, you too will get old, and when you do you’ll fantasize that when you were young prices were reasonable, politicians were noble and children respected their elders. Respect your elders.

Don’t expect anyone else to support you. Maybe you have a trust fund, maybe you have a wealthy spouse; but you never know when either one might run out.

Be careful whose advice you buy, but, be patient with those who supply it.

Advice is a form of nostalgia, dispensing it is a way of fishing the past from the disposal, wiping it off, painting over the ugly parts and recycling it for more than it’s worth.

But trust me on the sunscreen…

I hope this put a smile on your face today and gave you something to think about. Be well.

Want to take your SOUL to the next level? Take a listen and subscribe to the Next Level Soul Podcast.

Also, check out our curated Courses and Books that can help you along your path.

Next Level Soul has partnered with Mindvalley, the world's leading mind, body, and soul education platform, and other Spiritual Masters from around the world to bring you FREE 60-90 min masterclasses to help you reshape every area of your life. You’ll discover transformational wisdom and ideas not yet covered in mainstream learning. And you’ll connect with the world’s best teachers in mind, body, and soul. 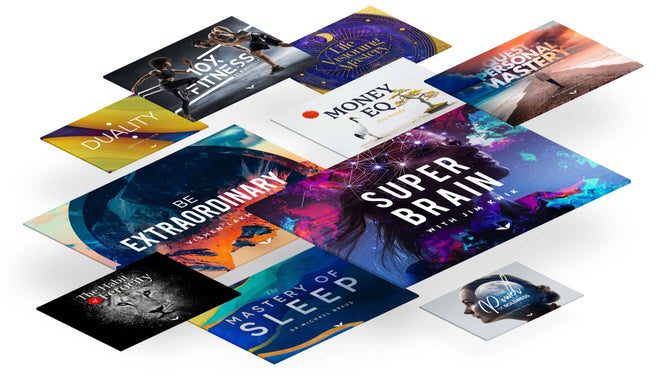 SHOOTING FOR THE MOB

ALEX'S TRUE STORY OF TRAMA, EGO, FEAR AND DISCOVERING YOURSELF

What is your life's purpose?